Kaeloo Wiki
Register
Don't have an account?
Sign In
Advertisement
in: Episodes, Season 2, Episodes with Kaeloo as a Key Character,
and 9 more

"What if We Played at Riding Ponies?" is the 4th episode of the second season of Kaeloo, and the 56th overall.

While Kaeloo and Pretty have a fight with each other, Stumpy and Quack Quack have a horse race, where Mr. Cat and Olaf bet money on who will win.

The buddies are having a picnic, and everyone is doing their usual activities; Stumpy is playing video games, Mr. Cat is reading a newspaper, Quack Quack and Eugly are interacting with each other, and Pretty is doing something on her phone. Suddenly, a horse is heard whinnying. It is revealed that Kaeloo now has a scooter-horse (a combination of a kick-scooter with a hobbyhorse which is somehow sentient), and is riding it down a hill.

Pretty and Eugly stare in shock as Kaeloo announces her idea of playing at horse riding. Pretty screams with excitement, as she adores horses. She kicks Kaeloo away from the horse and claims ownership of it, despite Kaeloo's protests. Pretty says that you don't "play" with horses - you ride the horse, you dream of the horse, you think of the horse, you "be the horse" (and, as Mr. Cat decides, "eat the horse"). Stumpy, taking Mr. Cat's advice, attempts to eat "Pretty's" horse, but she kicks him away before he can.

Later, Kaeloo and Pretty both stand on opposite sides to the horse and call it to come to whoever it chooses to (in the process, insulting each other). Suddenly, a whinny is heard from the forest nearby, which is revealed to be a scooter-unicorn. Kaeloo, who has dreamed of having a unicorn all her life, runs over to it, claims ownership of it, and sings and dances happily.

Pretty is angry, and she starts insulting her own horse before throwing a tantrum and screaming that she also wants a unicorn. Another unicorn shows up for her, and she shoots the horse with a gun before escaping with the unicorn. The unicorn flies into the air, leaving a rainbow trail behind it.

Stumpy says that horses are for girls, but Mr. Cat explains to him that they aren't, as there are other interesting things to do. Kaeloo joins Pretty and the two girls make rainbows everywhere in the sky.

Meanwhile, Stumpy and Quack Quack are racing horses, and Mr. Cat bets Olaf 6000 dollars that Stumpy will win the race. Olaf is surprised, but agrees, deciding to take Olga to Hawaii with the money. Stumpy has also bet all his money on Quack Quack winning, since Stumpy always loses. During the race, Mr. Cat cheats in various ways (such as blasting Quack Quack with a bazooka) so that Stumpy wins. Stumpy is happy, but his joy is short-lived when he realizes that he bet his money on Quack Quack winning. An enraged Olaf pays the money to Mr. Cat and leaves.

Kaeloo shows up and expresses her shock at Mr. Cat's misdeeds in her absence. She then transforms and beats him up. Later, Pretty continues to ride her unicorn through the sky (to the annoyance of everybody else, who have had to put up with this for a very long time). 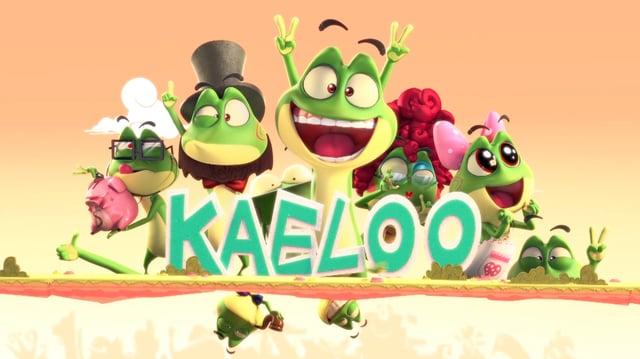