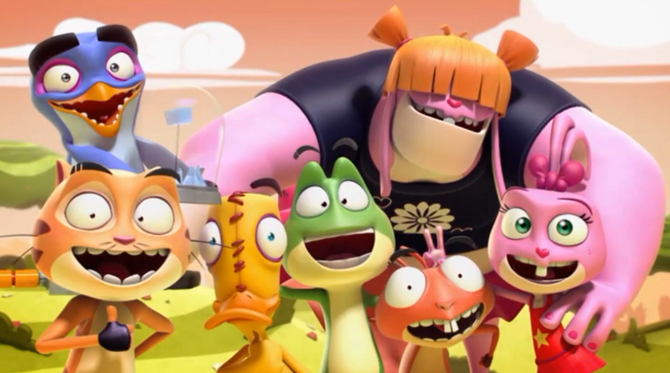 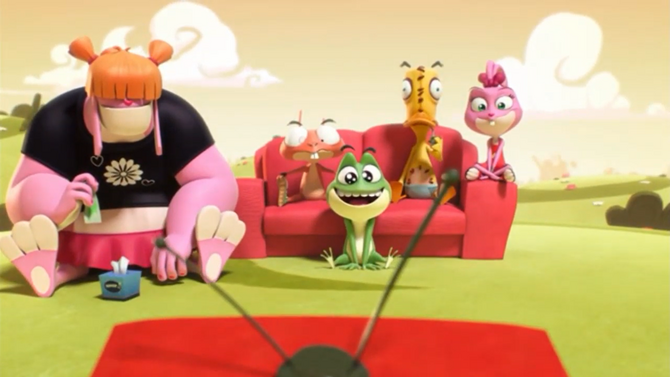 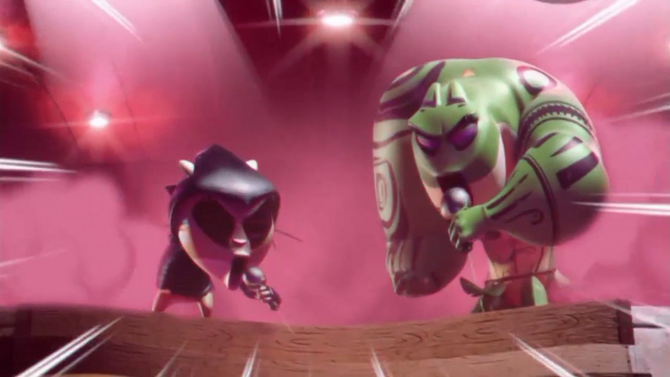 Find all the characters here

Find all the songs here

This wiki talks about the animated series Kaeloo!

Kaeloo is a French animated series with episodes that are seven minutes each (with the exception of "Let's Play the Very Special Episode", which is 26 minutes long), created by Rémi Chapotot and Jean-François Henry and produced by Cube Créative. The series has aired in several countries since June 6th, 2010, and has four seasons at the moment with a fifth on the way. The official English dub by Tabb Productions was canceled after the first season, and none of the other episodes (except What if We Played at Riding Ponies?, which received an English dub by Miam! Animation) have been officially dubbed into English yet.

Synopsis
A group of anthropomorphic animals living in a magical place called Smileyland play games to pass the time. The four main characters are Kaeloo the kind and gentle frog, who has the ability to turn into a muscular toad named Bad Kaeloo when she gets angry, Stumpy the idiotic squirrel, Quack Quack the indestructible genius duck, and Mr. Cat, an immoral psychopathic cat.

Sometimes, they are joined by their neighbors: Pretty, a rabbit who adores fashion and is a popular social media influencer, Eugly, Pretty’s kind but timid fraternal twin sister, and Olaf, a delusional emperor penguin who wants to conquer the world.

Explosions, car chases, time travel, you name it. Because with these dysfunctional friends in their messed up world, almost anything can happen. No matter how crazy.

Wiki Clean-Up and Reconstruction
This wiki is currently being cleaned up to remove errors and unnecessary information. As such, pages may be drastically changed or removed without warning. In addition, until recently, this wiki used to use fan-translated English names for episodes which had no official English name, but polling on the wiki indicated support for changing the names to the official French titles instead. In the coming weeks, this wiki will be edited to reflect the results of this poll.

Mr. Cat is one of the four main characters of Kaeloo. He is a cat who is described by Kaeloo as "mean, sadistic, cruel, hypocritical, selfish, and psychopathic", which is mostly true.